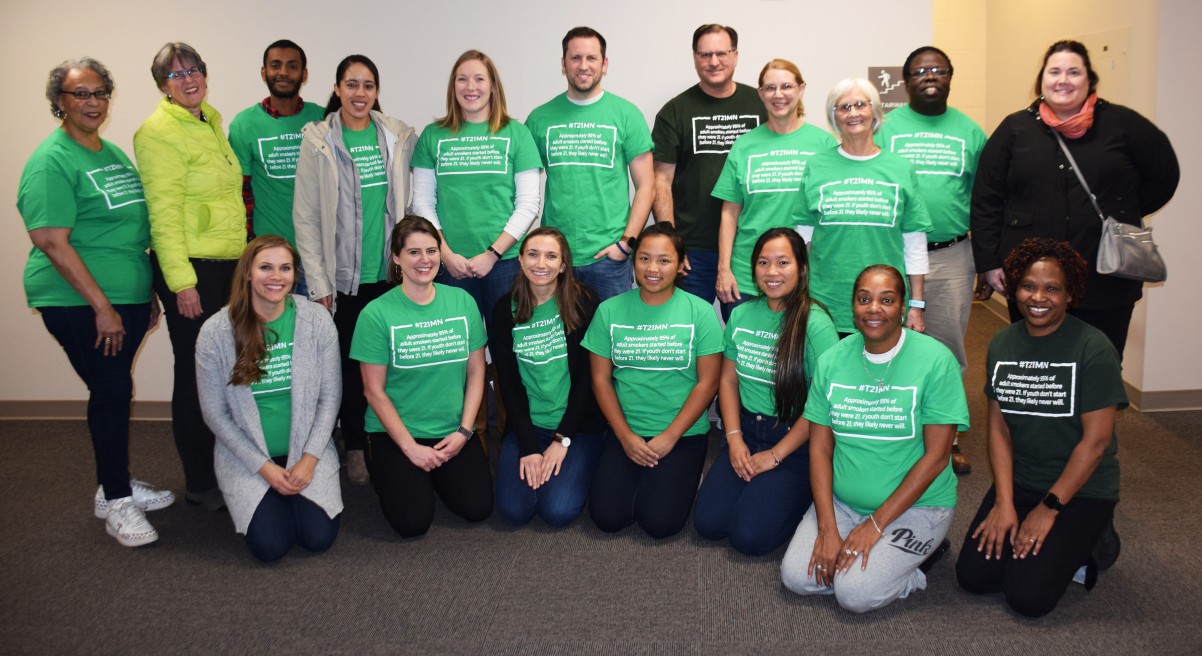 Brooklyn Center became the latest city in Minnesota to protect its youth when the City Council unanimously voted to raise the tobacco sales age to 21 on Nov. 12, 2018.

The city also restricted the sale of all electronic delivery devices to adult-only tobacco stores as a way to impact the growing trend of e-cigarette use among youth by making the products less accessible and less appealing to young people. Brooklyn Center made a similar cutting-edge move when it became the first in Minnesota to set a minimum price for cigars in 2014. Additionally, the city capped the number of tobacco licenses, increased the number of annual compliance checks and increased the administrative penalties for stores that violate the provisions of the ordinances.

Three council members talked of losing family members to tobacco-related illnesses, and all who spoke during the meeting expressed strong support for the measures.

Many community members showed up in support of this life-saving ordinance. Several community members and students shared stories of personal loss from tobacco use and nicotine addiction. Jess Nolan, who lives in Brooklyn Center and works for the American Heart Association, urged the council to prevent this generation from having stories of loss because of tobacco use.

“I was only in elementary school when I lost two uncles to tobacco-related illnesses,” Nolan said. “An ordinance like Tobacco 21 might have prevented them from getting hooked on cigarettes and saved their lives. While we can’t go back in time to protect my uncles, we can do something to give the next generation the support they need to lead tobacco-free lives.”