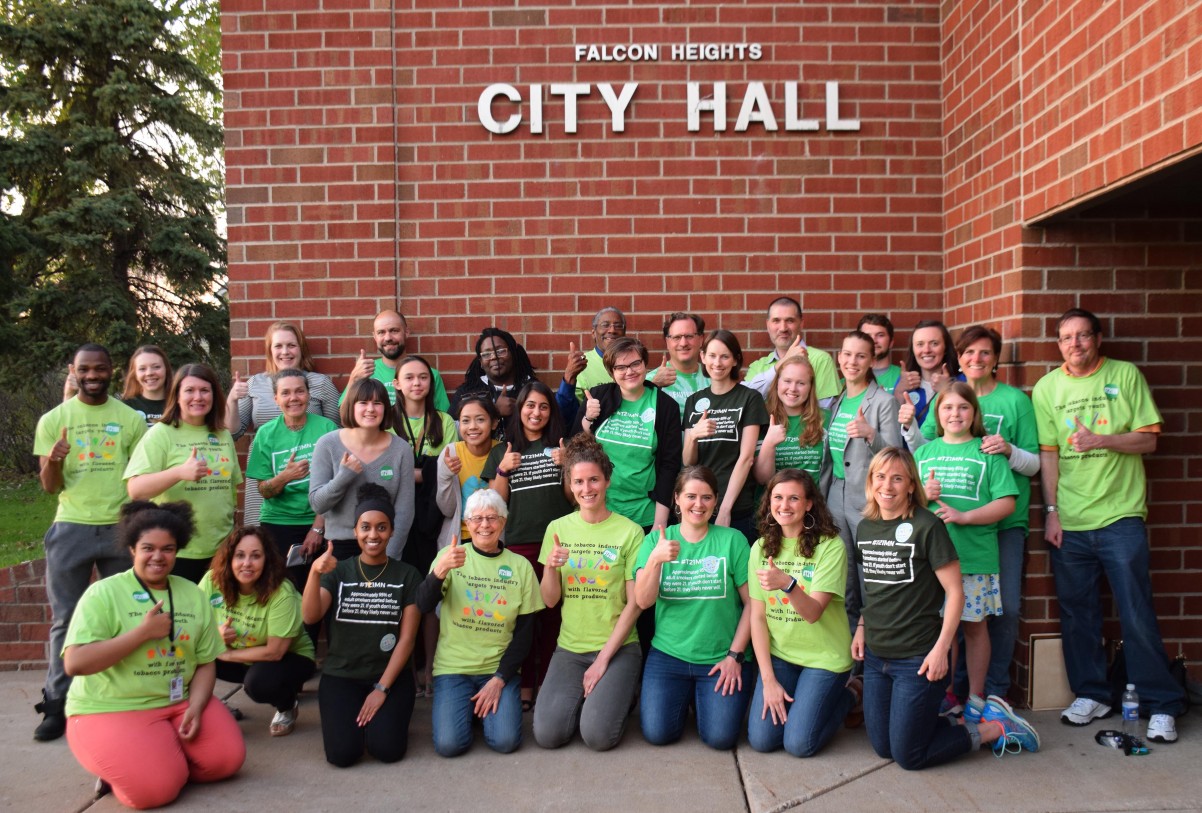 Falcon Heights took major steps to protect its youth and residents on May 9,
when it became the first city in the state to restrict the sale of all flavored tobacco products to adult-only
tobacco stores and raise the tobacco sales age to 21. The measures passed on a 3-2 vote.

More than 95 percent of current smokers started smoking before they turned 21. If youth don’t start smoking
before the age of 21, they likely never will.

Mayor Peter Lindstrom cast the deciding vote after talking about how the letters he received in support of the
ordinance hit home for him. He quoted a student who wrote, “We need to make the healthiest choice the
easiest choice.”

“For 17 years, all the efforts have worked, but there’s been a change, and we need to double down our efforts
now. Not tomorrow, but now,” Lindstrom said, citing the Minnesota Youth Tobacco Survey, which saw an
increase in youth tobacco use for the first time in 17 years.

Much of the increase has been attributed to increased use of e-cigarettes and cheap, flavored cigars.

“It’s everywhere,” said Roseville Area High School junior Vakare Bartkaitis. “There are no doors on our
bathrooms because of people using e-cigarettes. You can smell it walking into the bathrooms. They go sit in a
circle inside the handicap stall and pass it around. This ordinance will help prevent youth from making the
wrong decisions, so we can lead our healthiest and happiest lives.”