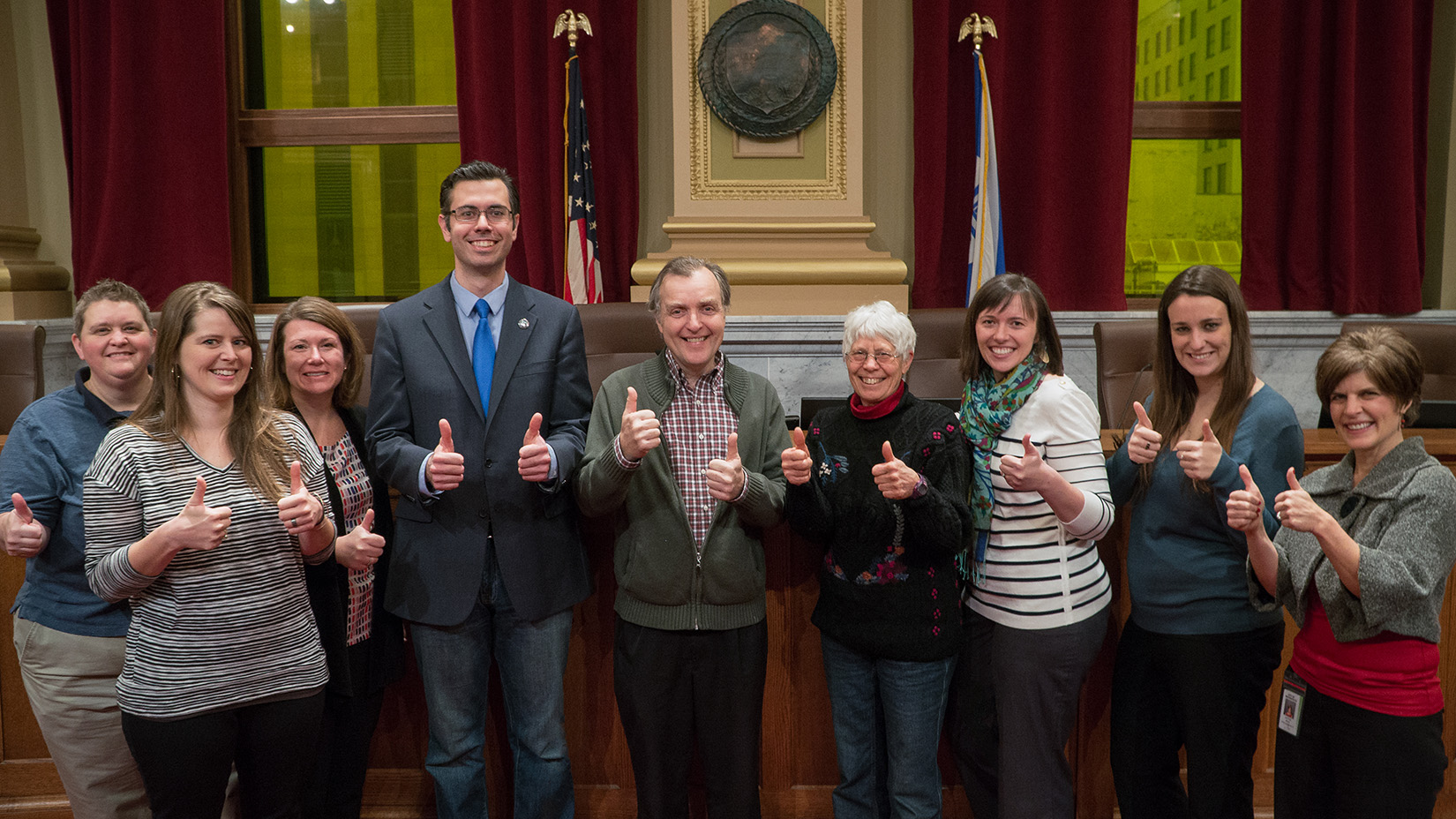 Minneapolis City Council members Andrew Johnson and Cam Gordon celebrate with coalition members after successfully passing an ordinance to prohibit use of electronic cigarettes where conventional cigarettes are prohibited, such as bars and restaurants.

Minneapolis, Minn. – The Minneapolis City Council continued its strong leadership in protecting the health and safety of its residents on Friday morning.

This ordinance change helps protect the general public from exposure to electronic cigarette emissions, which are known to contain ingredients that are harmful to human health. Further, this ordinance upholds a smoke-free norm and protects youth from exposure to these products, which is important given that electronic cigarettes are becoming popular with high school students. The recent Minnesota Youth Tobacco Survey, released in November, shows 28 percent of high school students have tried e-cigarettes, and 13 percent have used or tried them in the past 30 days. Nearly a quarter of those who have tried e-cigarettes have never tried conventional tobacco products.

“We are thrilled that the Minneapolis City Council has taken this important step to protect Minneapolis workers, residents, and visitors” said Betsy Brock, Research Director for the Association for Nonsmokers-Minnesota (ANSR).