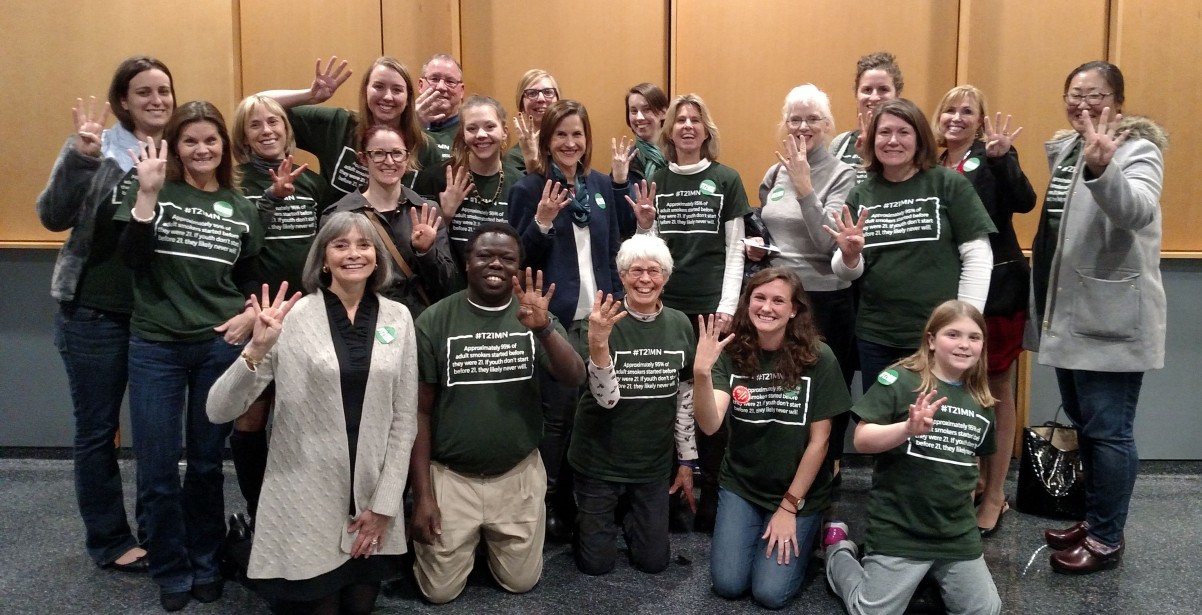 The Plymouth City Council took steps to protect its youth by voting 4-3 to raise the sale age for all tobacco products to 21 on Nov. 28.

“We need to take the lead on this,” Carroll said.

Added Davis, “Health issues associated with smoking are well-documented. I’d rather be a leader than a follower on this.”

Plymouth became the fourth city in Minnesota to raise the age to 21. The city joins five states – Hawaii, California, New Jersey, Maine and Oregon – and more than 275 municipalities in protecting youth by raising the sales age for tobacco to 21. Edina, St. Louis Park, and Bloomington also raised the tobacco sales age this year. More than 95 percent of current smokers started smoking before they turned 21. If youth don’t start smoking before the age of 21, they likely never will. Needham, Mass., raised the tobacco age to 21 in 2005 and within five years, tobacco use among high school students decreased by nearly half.

“It’s inspiring to see local advocacy in action and to see our city council choose protecting kids over Big Tobacco profits,” said advocate Caitlin DeVos, who volunteers with the American Cancer Society Cancer Action Network. “I’m grateful to the community members who showed support and to see that the council wants to advocate with us at the state level.”