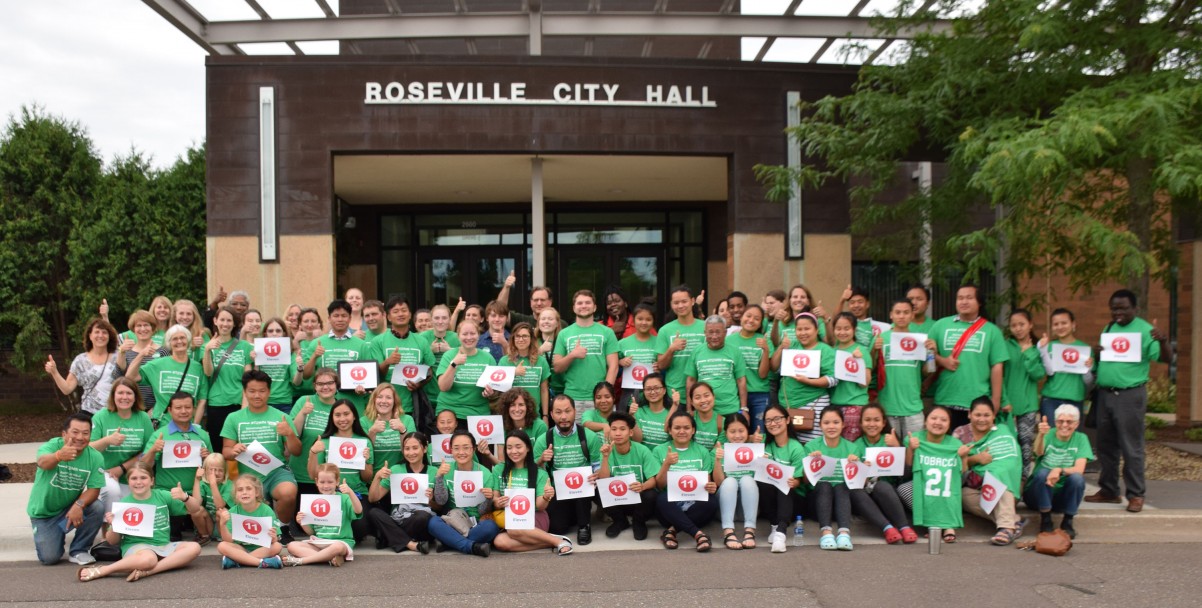 Roseville became the latest city in the Metro to protect youth when the City Council unanimously
voted to raise the tobacco sales age to 21 on June 18.

Council member Robert Willmus, who brought this to the city council last year, said he especially liked seeing all the
youth in the audience. He talked about his son, a rising high school senior, sharing stories and videos of teens smoking in
school.

“For me, where it really hits home is with the young people and what we can do to stop them from starting,” Willmus
said.

Council member Lisa Laliberte said this was a positive step for Roseville, but said its neighboring cities, as well as the
state, needs to step up on this issue.

“We are doing this, and this is great, but there’s a lot of other work,” Laliberte said. “We border 10 cities, and three have
done this, but seven haven’t. I challenge our state legislators to look at this.”

Community members showed up in force, with more than 60 packing the chambers, to support this life-saving
ordinance. Many shared stories of personal loss from tobacco use and nicotine addiction. They urged the council to
support the ordinance to prevent another generation from suffering the same fate.

Roseville Area High School student Grace Jackson spoke about the prevalence of vaping among her classmates.
“Vape pens or e-cigs are a big problem in my high school,” Jackson said. “I constantly see my classmates vaping outside
and at parties. I try to stay away from it, but it’s so prevalent. It’s really unavoidable.”

Council member Jason Etten, who is a teacher, said he is also seeing what Jackson testified about.
“It’s happening in the classrooms, and it’s something we need to make less possible,” Etten said. “I hope this is a tool we
move forward to reduce some of the people from starting.”

One brand of electronic cigarette, JUUL, is particularly concerning to parent and public health professional, Katie
Engman. “The Juul delivers nicotine more quickly, more effectively and at higher doses than other e-cigarettes. All of
that increases the risk of addiction and no amount of nicotine is safe for young people.”

Approximately 95 percent of current adult smokers started before they turned 21. If youth don’t start smoking before
the age of 21, they likely never will.