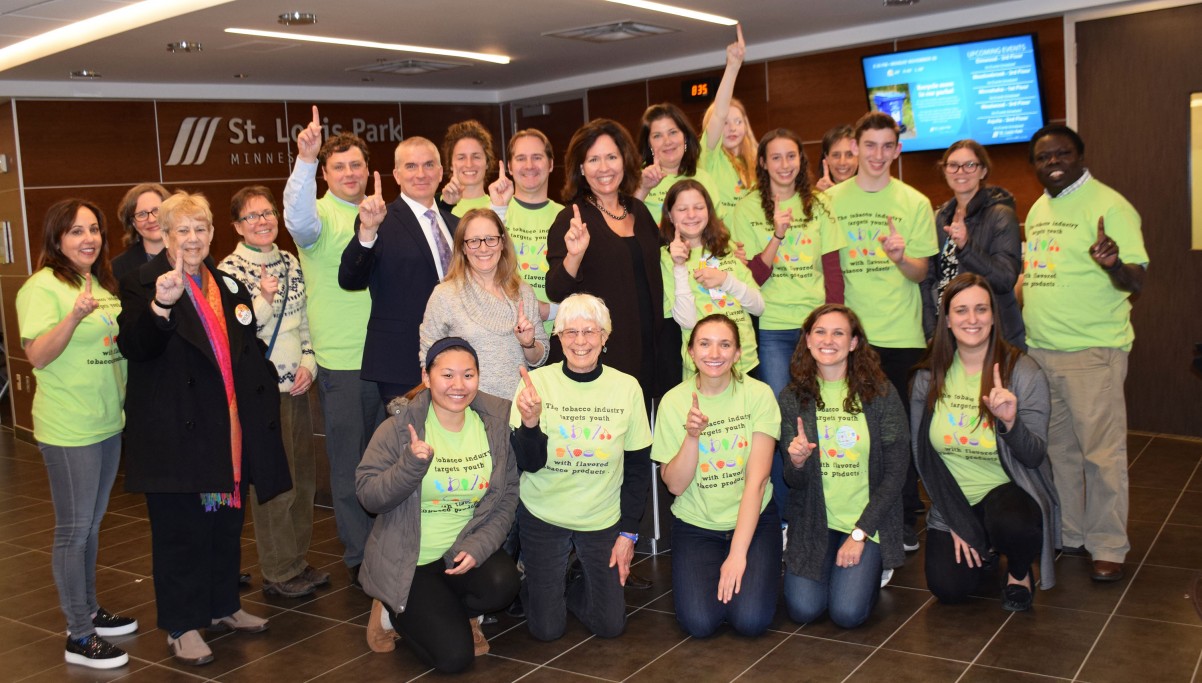 The Saint Louis Park City Council showed its dedication to protecting its youth on Dec. 4. The City Council voted unanimously to restrict the sale of flavored tobacco products within the city. This is the second major initiative the city has undertaken to reduce youth smoking. The city also raised the tobacco sale age to 21.

The city is the fourth in Minnesota to restrict the sale of flavored tobacco, following, Minneapolis, Saint Paul and Shoreview. Earlier this year, Saint Louis Park was the second city to raise the sale age for tobacco products to 21. It is the first city in Minnesota to do both.

“I’m proud we passed Tobacco 21, but this is also necessary,” councilmember Sue Sanger said during the hearing on Nov. 20. “Big Tobacco is aiming (these products) at younger people to get them hooked. I brought this issue up more than a year ago with the goal and hope of improving the public health of the entire community but especially the public health of our younger population and to try and make it more difficult for younger people to have access to flavored tobacco and all tobacco products.”

In 2009, the Food and Drug Administration banned flavoring in cigarettes but didn’t extend this to other tobacco products. Saint Louis Park’s action closes that loophole. The tobacco industry has a long history of targeting young people with flavored tobacco.

“Most start out because it seems cool,” said Saint Louis Park High sophomore Eitan Weinstein, “But it can lead to nicotine addiction and further health problems in the future.”

Matt Flory, president elect of the Minnesota Public Health Association and a resident, said he was proud of the council.

“As a father, I am proud to be raising my kids in a community that puts children first. All seven city council members recognize the potential public health impact of Tobacco 21 and a ban on flavored tobacco,” Flory said. “I hope other cities will join us to create a smoke-free generation throughout Minnesota.”