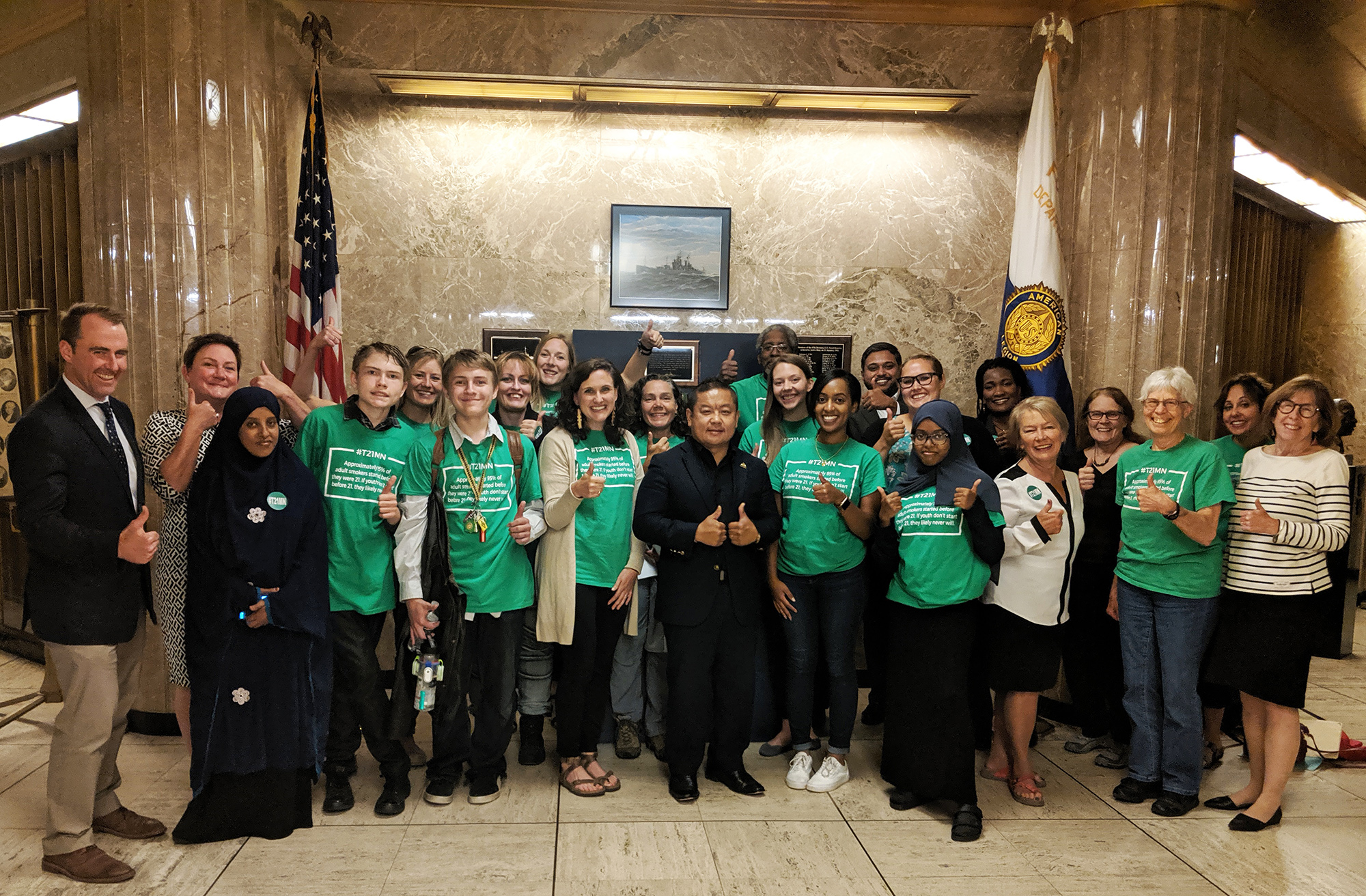 Saint Paul – A longtime leader in protecting youth from the harms of tobacco, Saint Paul now is one of just 10 cities in Minnesota that restricts all flavored tobacco and will raise the tobacco sales age to 21. The Saint Paul City Council voted unanimously on Oct. 16 in favor of Tobacco 21, making it the 53rd community in Minnesota to do so.
“Saint Paul has been a longtime leader in youth tobacco prevention, and we appreciation the leadership shown by the council tonight in becoming the 53rd community in Minnesota to raise the tobacco age to 21,” said Kristen Ackert, Policy and Research Manager at the Association for Nonsmokers-Minnesota.
With e-cigarette use among youth continuing to rise, communities in Minnesota are working to combat what the U.S. Surgeon General has called an “epidemic.” Amid the backdrop of an ongoing national outbreak of severe lung injuries associated with vaping, new survey results released earlier this month show an alarming jump in the rate of teens vaping in Minnesota.
According to the 2019 Minnesota Student Survey, one in four Minnesota 11th graders reported using an e-cigarette in the past 30 days. That is a 54 percent increase from the 2016 survey. Overall youth tobacco use had already taken an upward swing in 2017 for the first time in 17 years because of e-cigarette and flavored cigar use.
Council member Chris Tolbert pointed to the green shirts of the Tobacco 21 supporters, which quotes the stat “Approximately 95% of adult smokers started before they were 21. If youth don’t start before 21, they likely never will,” and said that was why he supported the measure.
Saint Paul joins a small club that has have restricted all flavored tobacco and raised the tobacco sales age to 21. It includes Minneapolis, Duluth, Mendota Heights, Lauderdale, Falcon Heights, Lilydale, Arden Hills, Golden Valley and Hennepin County.