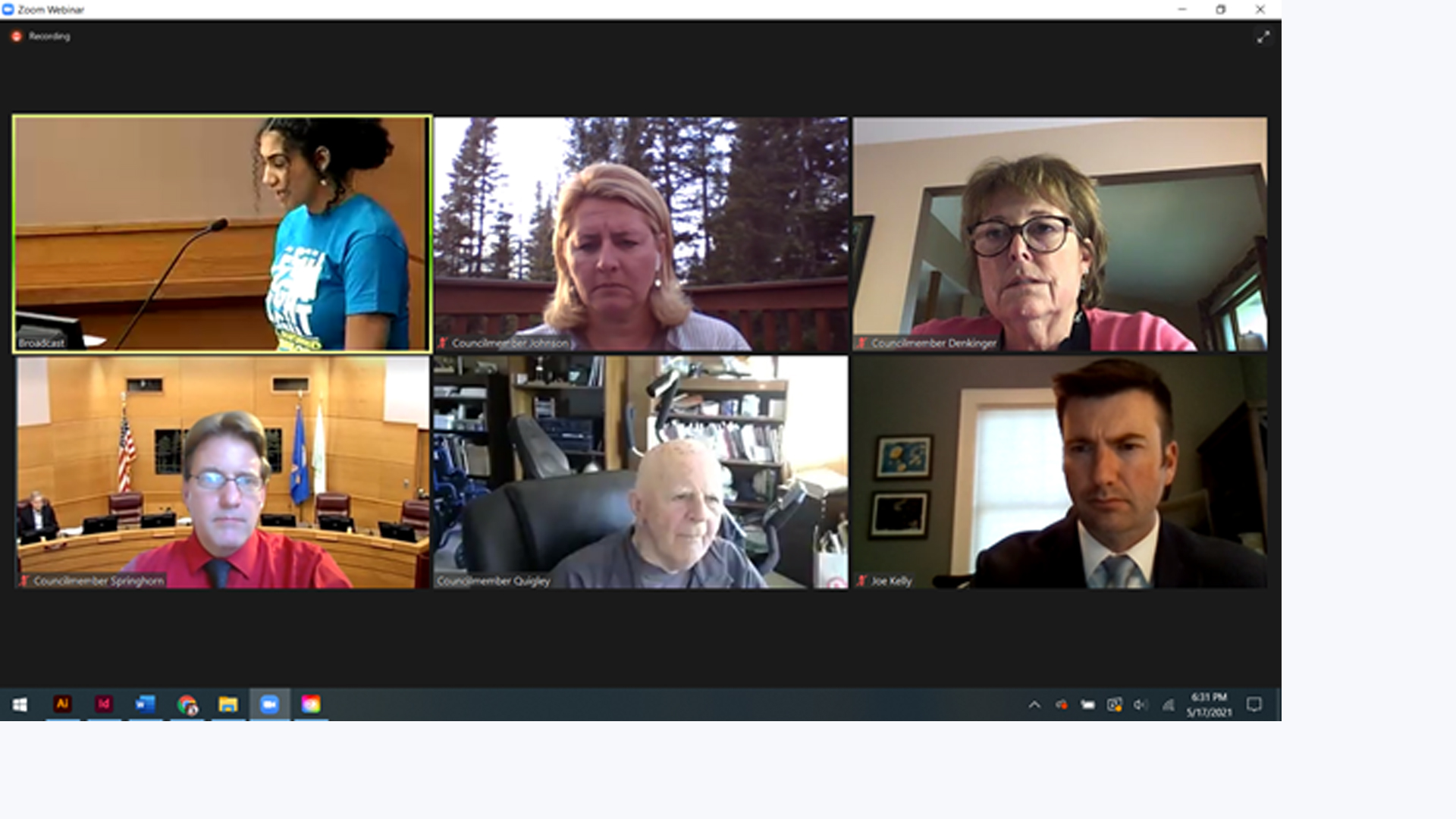 One of the first cities in the Twin Cities to restrict the sale of flavored tobacco products, Shoreview strengthened that policy on May 17.

The City Council voted unanimously to add menthol to its restriction on selling flavored tobacco products. Shoreview restricted the sale of flavored tobacco except menthol to 21-over tobacco shops in 2016. Menthol is the most popular and addictive flavor.
The tobacco industry uses these flavors to hook a new generation of users, resulting in addiction, disease and death. Eighty percent of youth tobacco users use flavored tobacco. Additionally, the industry has targeted Black communities with menthol for decades, creating immense health disparities.

Shoreview council member Sue Denkinger said businesses would need to pivot.
“This movement has been growing,” Denkinger said. “The data in support of this policy and the support from students … is overwhelming.”
Council member Cory Springhorn addressed industry comments that the ordinance would lead to businesses closing.

“I drive through Saint Paul and see businesses that have survived this, so they found a way,” Springhorn said. “I think it’s time for businesses to move on and find a different business model.”
Added council member Emy Johnson, “We started this work in 2016, so this is not a new topic. It’s a continued commitment to the quality of life of residents.”

In Minnesota, African American (88 percent), LGBTQ youth (70 percent) and all youth (34 percent) smokers use menthol at a higher rate than the general population.

Anna Grace Hottinger, a high school senior and Shoreview resident, urged the council to include menthol in its policy during testimony Monday night.

“Shoreview has an opportunity to protect our community members in removing menthol, mint and wintergreen products from stores,” Hottinger said. “We can’t wait for the federal government and state to work on this when we have an opportunity to do it now.”

The Food and Drug Administration (FDA) recently announced it would look to remove menthol cigarettes and cigars from the marketplace. However, FDA action often takes years to be enacted and will be challenged by the tobacco industry.

Shoreview resident Grace Plowman, also a high school senior, spoke in favor of the ordinance. She also pointed out how the industry targets the Black community with menthol.

“Menthol cigarettes tend to be marketed toward the Black community as well, and studies show that black people are more likely to smoke menthol cigarettes,” Plowman said. “By banning the sale of menthol, the city will address racial equity.”

The Minnesota Youth Tobacco Survey released earlier this year shows that 70 percent of youth in the state who use e-cigarettes are showing signs of addiction. Overall, youth tobacco use had already taken an upward swing in 2017 for the first time in 17 years because of e-cigarette and flavored cigar use.

Shoreview is the 18th Minnesota community to include menthol in its flavored tobacco restrictions. Ten of those cities completely ban all flavors.