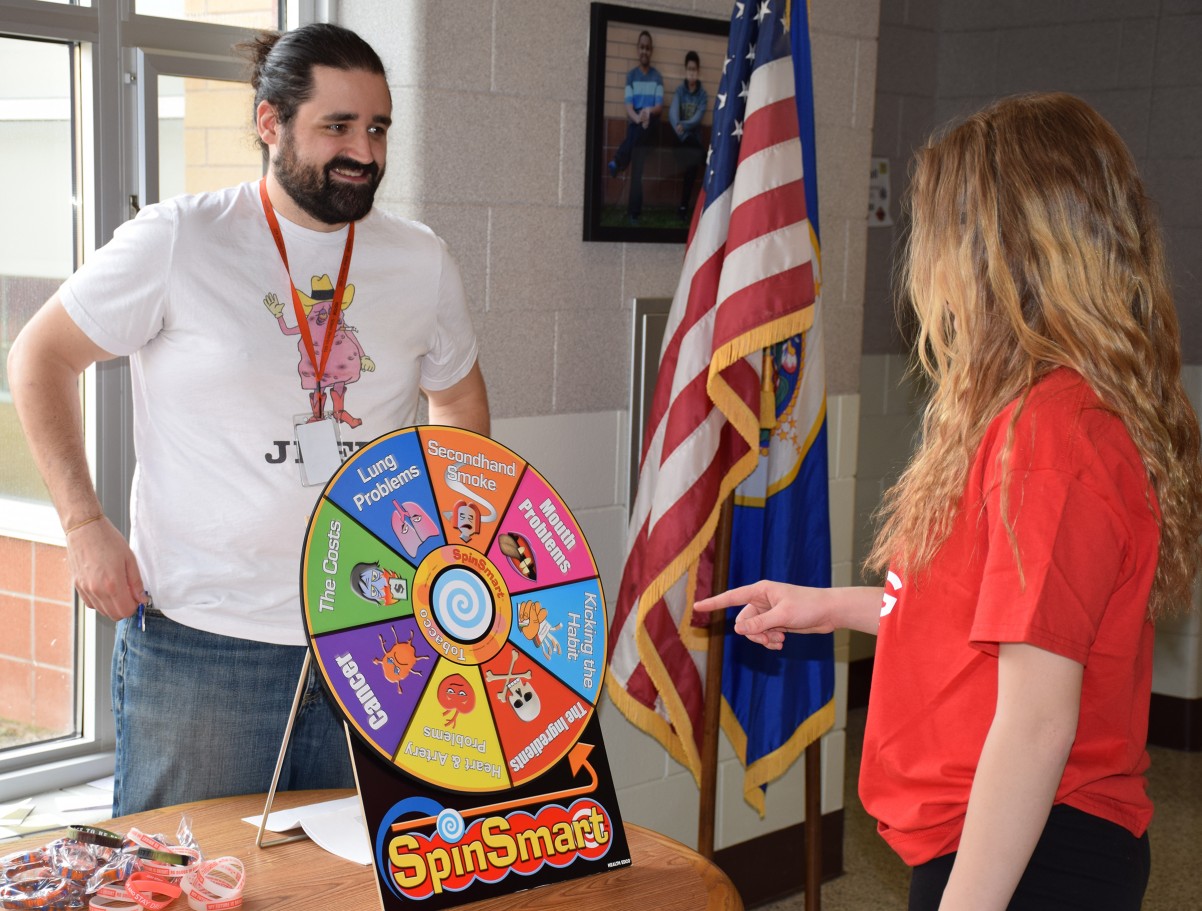 March 18 marked the 20th anniversary of Kick Butts Day, and thousands of youth, teachers and health advocates in the United States spoke up against Big Tobacco. Locally, ANSR worked with four schools from ISD #622, as well as the ALMAS group at Henry Sibley High. ANSR partnered with Minneapolis MAD DADS and Southside Urban Coalition for a Quit Cold Turkey event at the Lake Street West CVS in Minneapolis, as well.

The various groups took a stand against being targeted by the industry. John Glenn, Skyview and Maplewood middle schools, as well as Tartan Senior High, participated in events for ISD 622. The ALMAS (Anglos Latinos Motivated to Succeed) are in Mendota Heights.

Schools used shoe and balloon displays to represent the U.S. hourly tobacco-related deaths as a way to grab the attention of fellow students. More than 1,200 people (or 50 per hour) die every day from tobacco-related causes. At Henry Sibley High, the ALMAS group also had a shoe display.

Students were able to sign postcards to their city council members calling attention to ways to protect youth from being targeted.

Students at Skyview, John Glenn and Henry Sibley have already been spreading the word about the dangers of electronic cigarettes and how the tobacco industry uses flavored tobacco to target youth by making videos that were shared with their school.

In Minneapolis, the groups encouraged people to trade in their pack of cigarettes for a turkey sandwich. There was a live radio remote on KMOJ-FM promoting the event and discussing the dangers of smoking. There was live music during the event. The event aimed to educate the public about the benefits of quitting smoking.

The event featured numerous giveaways for participants and also touted the latest contest sponsored by QuitPlan Services, the state’s help line to quit smoking. The contest, called “QuitCash Challenge” gives smokers a chance to win $5,000 for quitting smoking during the month of May.