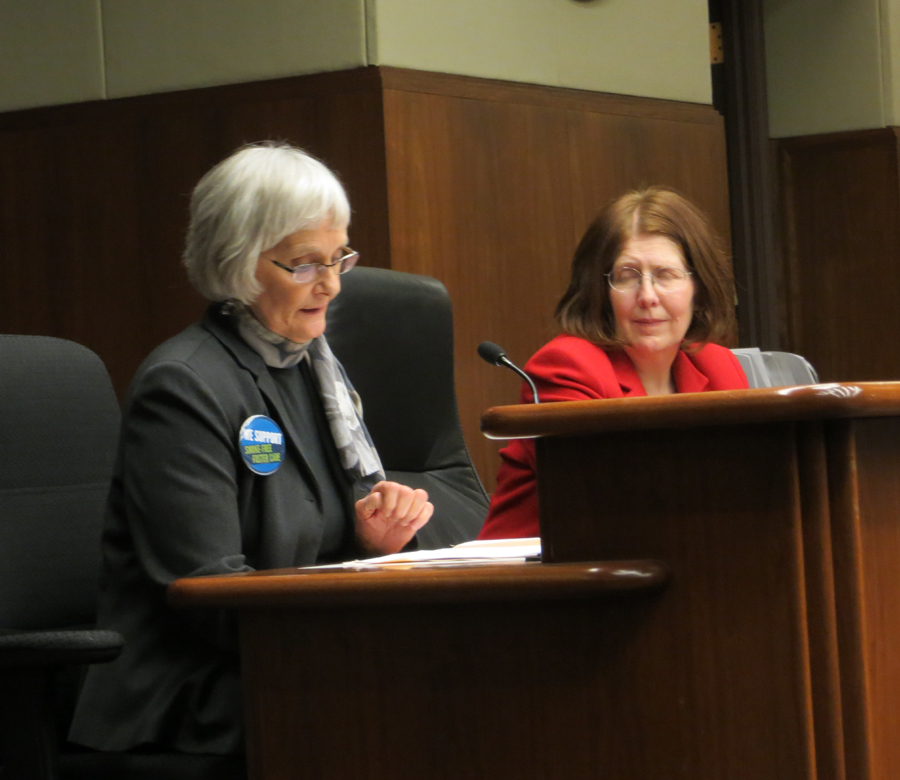 The Ramsey Tobacco Coalition (RTC) helped pass 24/7 smoke-free foster care first in Ramsey County and then at the state level. RTC, a program of ANSR, teamed up with advocates from across the state to accomplish this.

Rep. Liebling held a preliminary hearing on the bill in the committee before the official start of the 2014 session. Rose Hauge, who joined the ANSR staff in January and is a former foster care provider, testified about her experience fostering a teenage mom and her infant.  Also testifying were ClearWay’s Molly Moilanen, LAAMPP’s Jack Ayim, ALA’s Pat McKone and Scott County’s Judith Brumfeld, representing AMC. Click here and then click Listen Now for Jan. 28, for the hearing.

“Minnesota is a leader for healthy kids but not children in foster care. We are behind the times. Half the U.S. states have policies. Smoke-free foster care is an overdue step in Minnesota.”
Molly Moilanen, ClearWay Minnesota

“It never made sense why providing a smoke-free environment wasn’t on the health and safety checklist.”
Rose Hauge, Former foster care provider

“This is your chance to make sure every foster care child in Minnesota is protected from the dangers of secondhand smoke.”
Jack Ayim, LAAMPP

“In states where these policies are in place, implementation and enforcement have not been an issue.”
Pat McKone, American Lung Association

The law now requires foster care providers to provide a smoke-free environment in their homes and in cars used to transport youth. Concerns surrounding this centered on enforcement and ensuring the availability of foster homes. “Kinship care,” which is the placement of a child in the home of extended family, was also a concern. However, the law provided provisions for those families who weren’t seeking to be foster care providers but were helping out in a time of family crisis.